Famous Shakespeare Readings and Poems on a Funeral 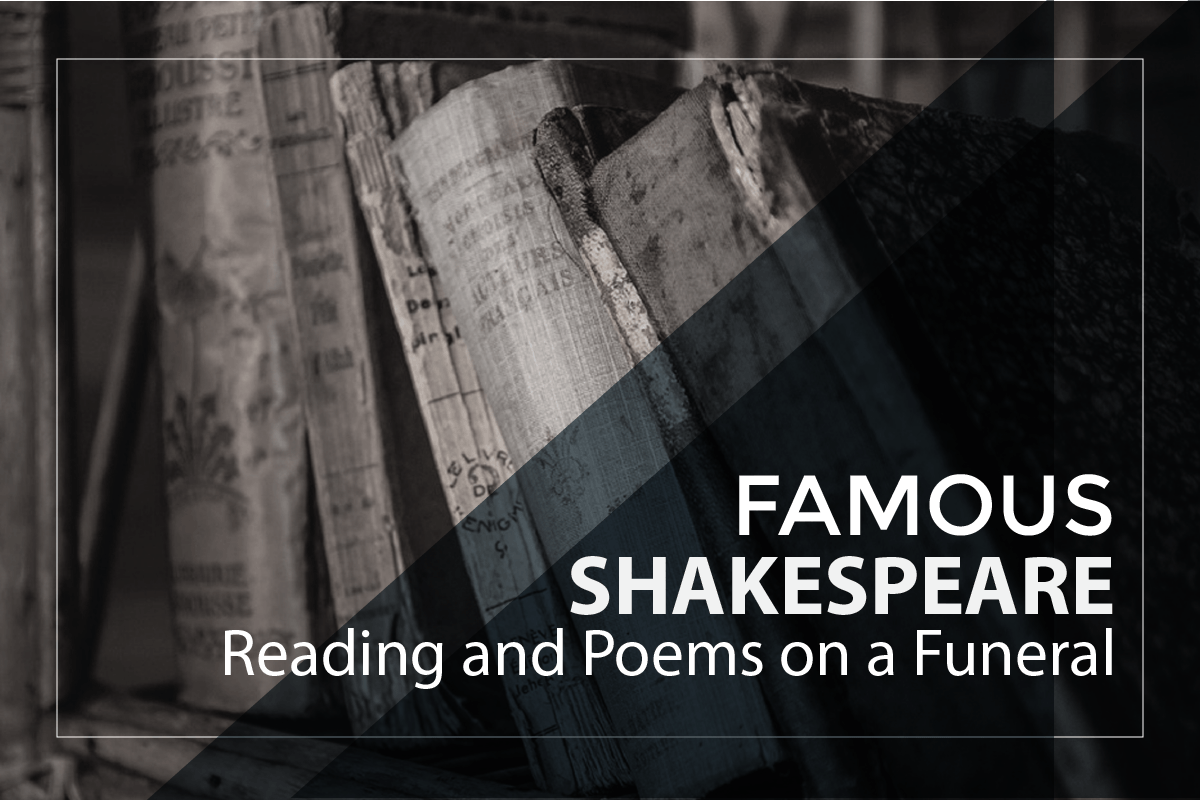 Famous Shakespeare Readings and Poems on a Funeral

Losing a loved one is a difficult thing to go through, and as much as we might want to bring them back, it’s just not possible. Everything with a beginning must come to an end, that’s just how life is. We can’t change that; the best we can do is, embrace it.  Sooner or later, almost every one of us will have to go through the pain of losing someone close to our heart. We know we can’t stop something like this from happening but, what we can do is say our goodbyes properly and honor their life.

The real way to honor someone and their life’s work is by talking about it. Some families write great eulogies, some people arrange memorials and some spend big money to get something named after their loved one.

Another great way that families like to honor a loved one is by reading an extract or a poem on their funeral. And when it comes to poems, William Shakespeare is the best.

Shakespeare wrote a huge number of plays and poems in his life and many of them involved death. Below is a list of some of his most heartfelt and touching words on death;

Gaius Julius Caesar is the most well known Roman emperor in the world today, and a big reason behind that is Shakespeare’s “The Tragedy of Julius Caesar”. Here’s what Caesar has to say about death;

Cowards die many times before their deaths;
The valiant never taste of death but once.
Of all the wonders that I yet have heard,
It seems to me most strange that men should fear;
Seeing that death, a necessary end,
Will come when it will come.

“Cymbeline, King of Britain” is another great play by Shakespeare. The events of this story take place in Ancient Britain and focus on the Celtic British King Cunobeline. Here’s our favorite part of the verse from this play that has become quite popular for the peace and calm it brings to mourners;

Fear no more the heat o’ the sun,
Nor the furious winters rages;
Thou thy worldly task hast done,
Home art gone and ta’en thy wages;
Golden lads and girls all must,
As chimney-sweepers, come to dust.

Extract from The Tempest

Prospero’s speech that appears in the first scene of Act IV is quite a powerful one and that’s exactly why so many people choose to read it at the funeral of a loved one;

Our revels are now ended. These our actors,
As I foretold you, were all spirits and
Are melted into air, into thin air:
And like the baseless fabric of this vision,
The cloud-capp’d towers, the gorgeous palaces,
The solemn temples, the great globe itself,
Yea all which it inherit, shall dissolve
And, like this insubstantial pageant faded,
Leave not a rack behind. We are such stuff
As dreams are made on, and our little life
Is rounded in a sleep.