What Exactly the Story of the Vietnam Veterans Memorial in DC 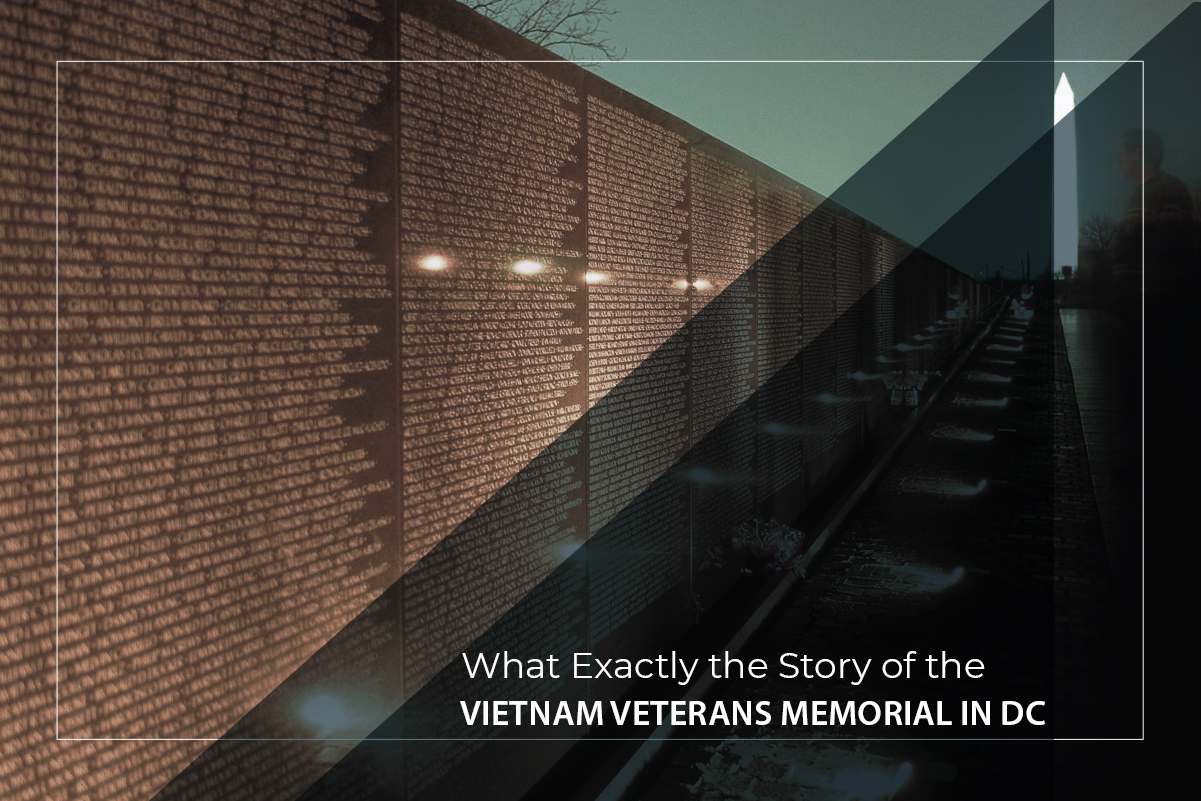 What Exactly the Story of the Vietnam Veterans Memorial in DC

History of the Vietnamese War:

Vietnam was initially a part of French Indochina, which was a French colony in Southeast Asia. This colony was established in 1887 to reinforce Catholicism. Indochina was headed by the French up until World War II where France was taken over by Nazi Germany. On the other hand, Japan invaded Indochina.

After the Japanese were defeated in 1945, Viet Minh declared independence as Vietnamese. They then stretched their war with the French which turned out to become the first Indochina War.

On the other side through the Cold War, the United States of America was supporting anti-Communist countries. Whereas, the Soviet Union alongwith the People’s Republic of China were backing Pro-Communist regimes. This was the exact same scenario that occurred in the Korean War.

As a result of all this, the Soviet Union and the People’s Republic of China supported Viet Minh while the United States of America and Britain backed the French. Eventually, the state of Vietnam came out victorious. It was then decided in the Geneva Accords that Vietnam be divided into the State of Vietnam and the Democratic Republic of Vietnam. Cambodia and Laos, the direct neighbors of Vietnam, were also given Independence.

Events Leading up to the Vietnam War:

South Vietnam started a referendum which aimed to unite both North and South Vietnam. The North Vietnam regime somewhat took the power away from the landlords and offered it to the peasants. As a result, many people were brutally executed and badly treated.

Due to rigged elections, Diem, a political leader at that time, won the majority of votes. He then declared the South independent which became the Republic of Vietnam. This resulted in the Second Indochina War which is more commonly known as the Vietnam War.

United States Inclusion in the War:

John F. Kennedy, The President of the United States of America at that time, like earlier times was reluctant to send the US troops to Vietnam. But soon after his assassination, the new President Lyndon B. Johnson saw communism threaten the world peace and more importantly, seemed as a potential threat for the United States of America. The “Domino Theory” stated that if communism could attain a stronghold in one big nation, it would spread to others in the surrounding region. With this point of view, the US Troops were eventually sent to Vietnam.

The US troops in Vietnam were fighting two different types of forces out of which the North Vietnamese Army was trained with guerilla tactics. The United States of America were not prepared for these strategies of war and were forced to back out in 1973 after a lot of damage and loss of lives. Two years later in 1975, the North Vietnamese Army captured Saigon and ended the conflict. The result of the war was total takeover of Communist forces in Vietnam and reunification of north and south Vietnam into one known as Socialist Republic of Vietnam.

The Vietnamese War occurred through an extensive period of 19 years and 5 months. As a result, millions of people including both military personnel and civilians lost their lives. There were so many deaths that the actual numbers are still unknown. About 60,000 US troops died after which the United States opted to back out.

The Vietnamese War is considered as an unjust affair for the troops. US Troops were sent without a clear incentive and lacked energy. After the deaths of thousands of them, they were finally ordered a retreat by the government. The Vietnamese War, to this very day, is considered as a Dark Affair in the present-day history of the United States. It is still believed that all these deaths could have been stopped had there not been an order to send in the US Troops.

Four years after the ending of the Vietnam War and the fall of Saigon, The Vietnam Veterans Memorial Fund (VVMF) was founded. It was formed as a non-profit organization which aimed to give tribute to the veterans of the Vietnam War. A wounded war veteran Jan Scruggs gained support from fellow veterans and eventually raised $8.4 million through private donations.

In 1980, a site near Lincoln Memorial was selected for the construction of Vietnam War Memorial. Congress announced that a competition would be held in order to select the Vietnam War Architect. Soon after the closing of the deadline for applications, more than 2000 registrations were made out of which about 1421 designs were submitted. The designs were then put on an exhibition at an airport hanger with an area of more than 35,000 square feet of floor space. To ensure anonymity, each entry was identified by a number only. All the designs were carefully evaluated by the judges and shortlisted. Bit by bit, through shortlisting of the contenders, the jury finally decided entry number 1026 which was designed by Maya Lin, a Yale University undergraduate at that time.

On 11th March, 1982, the design was officially approved. The ground was broken 14 days later on the 26th of March. The memorial was dedicated on 13th of November, 1982 through a march by the Vietnam War Veterans.

The Vietnam War Memorial’s Wall is made up of two 75 meters long black granite walls. Stone for the memorial wall was imported from Bangalore, India.  There are 140 panels in the wall which accompany the etchings of all the servicemen of the Vietnam War. In 2018, the updated number of names etched into the wall were 58,320 including eight women.

Next to the wall at a small distance lie the Three Servicemen. This is a bronze statue which consists of three soldiers. These are shown as American’s from three different types of races to show diversity. They are easily identifiable as European American, African American and the last one as Hispanic American. According to the final arrangement, the Three Servicemen are positioned right in front of the memorial wall as if they are looking at the names of the veterans on the wall.

The Memorial is maintained by the National Park Service. Each year, it welcomes more than 3 million visitors. The Memorial is a perfect tribute to the Veterans of the Vietnam War. Names of all servicemen are etched on the wall which is an honor for the family and friends of the servicemen. The memorial gives a clear idea of the destruction of the Vietnam War. It is a great depiction to support peace.