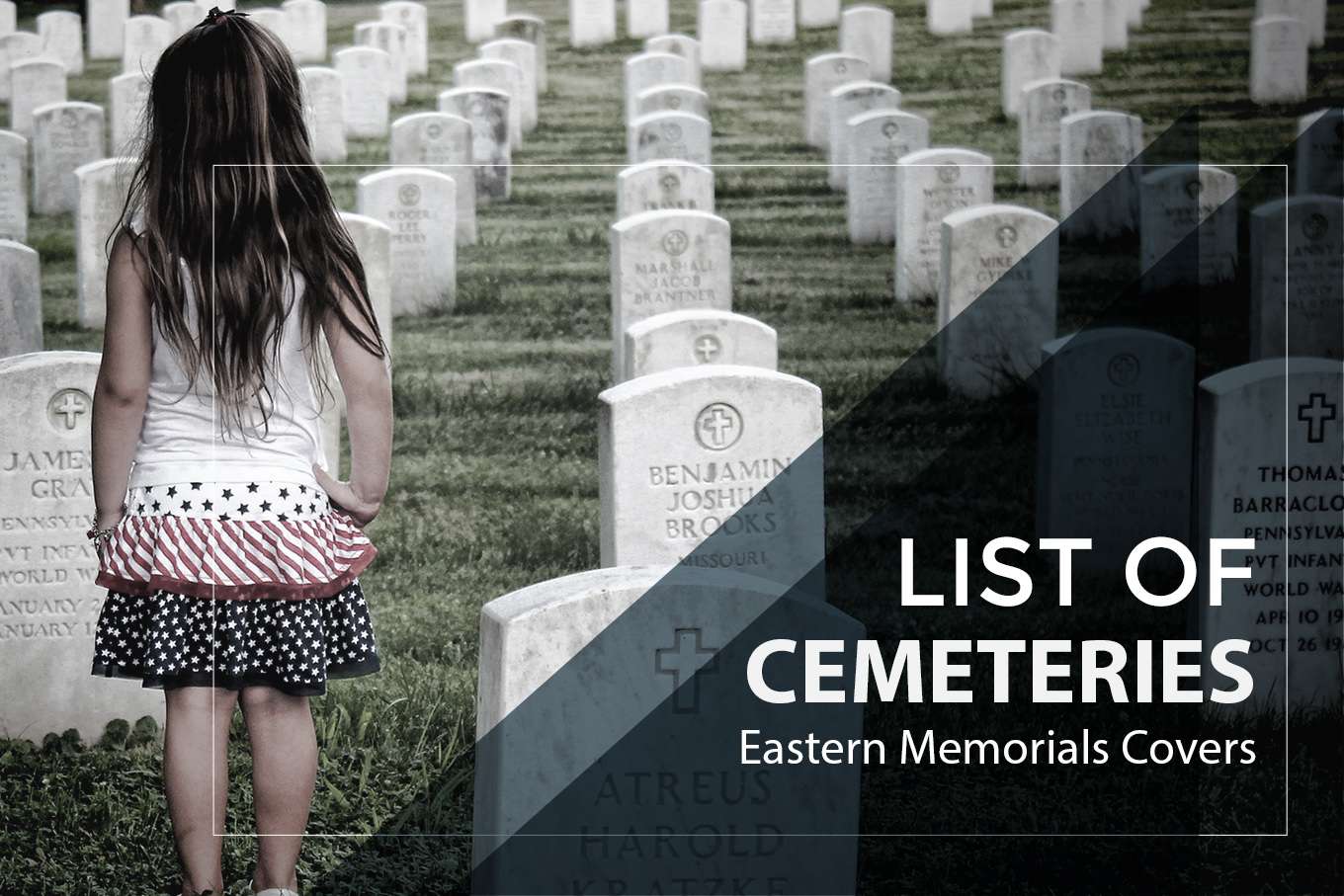 A full-service monument company that specializes in creating personalized memorials, was created by two men who were passionate about becoming memorialists and forming their own company in the year 1992. For more than 25 years, we have had the privilege to serve all of the ethnic communities and offer a complete line of memorials which includes, uprights, granite ledgers, markers, benches, bronze memorials and plaques. However, every cemetery has different rules and allow certain things, limiting the client’s choices. Its best to determine what type of memorials are allowed in your cemetery before you plan your memorial.

Discussed below are some of the cemeteries and areas that Eastern Memorial serves.

King David Cemetery Virginia was designed with beautiful and calm looking grounds offering a variety of distinctive areas for grieving families to consider. The team of professionals at King David Memorial Park, are available to help plan funeral services in advance which guarantees the funeral expenses that results in lessening the financial burden at the time of passing. The Memorial team strives to understand the needs of each religion and culture. The cemetery includes gardens devoted to different religions and cultures, such as the Buddhist Memorial Garden, Islamic Garden and King David Memorial Gardens (the Jewish section).

It is observed that most of the people are accustomed to seeing upright granite memorials and many cemeteries like the King David Memorial Gardens, now require memorials to be flat to the ground. Bronze and granite grave ledgers are exceptional ways to take advantage of the length of the grave, as opposed to the height above it. Ledgers provide ample space for engraving of letters and emblems, without using small fonts and little spacing. Grave ledgers typically cover most of the width, while extending from half way to the entire length of the site. These ledgers can be used on single and multiple grave sites, and guarantee that your loved one’s site will not be trampled over.

Vietnam Veterans Memorial, also known as ‘The Wall’, is national monument in Washington, D.C. that was created to honor members of the U.S. armed forces who died serving in the Vietnam War (1955–75). The memorial is a black granite V-shaped wall that is inscribed with the names of the approximately 58,000 men and women who were either killed or went missing in action. It was designed by the American architect Maya Lin.

The Vietnam Memorial pays tribute to the brave members of the U.S. Armed Forces who fought in the Vietnam War and were killed or went missing in action. The memorial consists of three parts: The Three Soldiers statue, the Vietnam Women’s Memorial and the Vietnam Veterans Memorial Wall, also known as The Wall That Heals, which is supposed to be the most popular feature.

The most defining characteristic of the memorial is the visitor’s ability to see his or her reflection at the same time as the engraved names which helps in connecting the past and the present like few other monuments have the ability to.

This Memorial was designed and financed by private contributions and constructed under the auspices of the Korean War Veterans Memorial Advisory Board that composed of Korean War veterans appointed by President Reagan.  The Korean memorial commemorates the sacrifices of around 5.8 million Americans who served in the U.S. armed services during the three years of Korean War. The War was known to be the most hard fought in the history during which about 36,574 Americans died in hostile actions in the Korean War theater. Of these, about 8,200 are listed as missing in action or lost or buried at sea. Moreover, 103,284 were wounded during the conflict.

The Memorial consists of four parts: