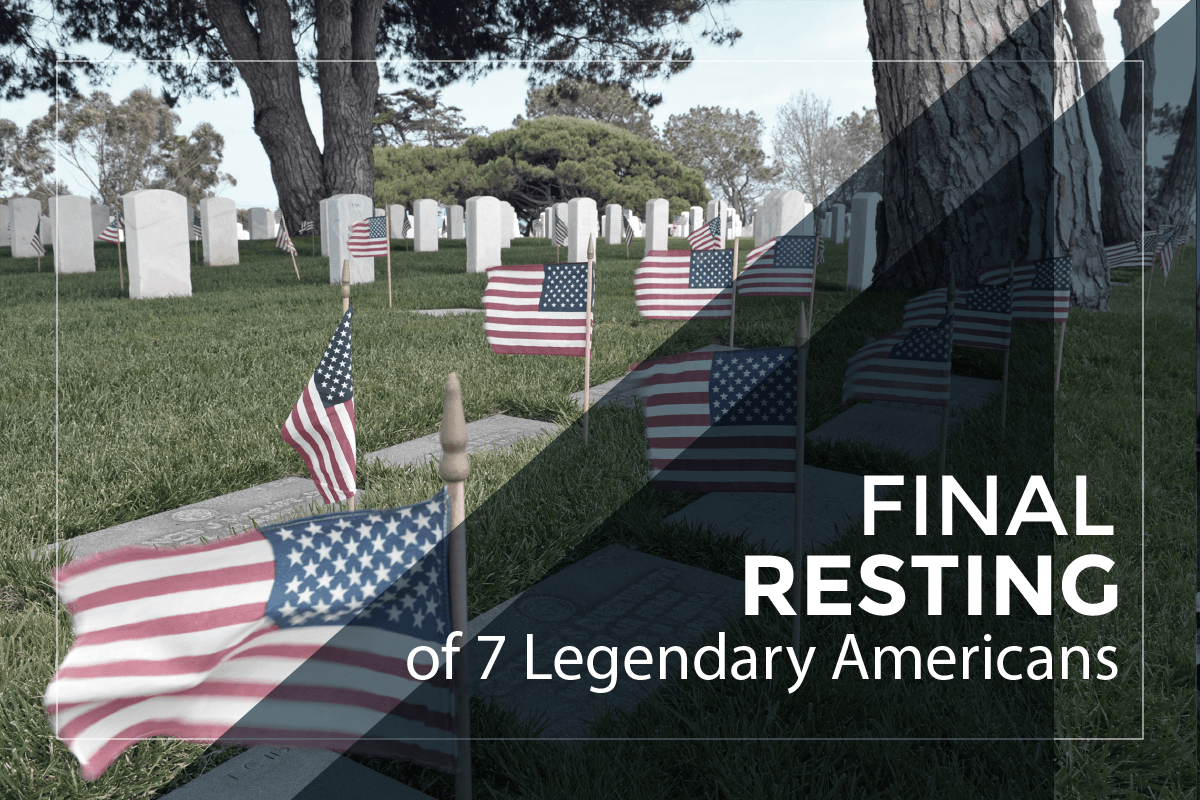 Death is the inevitable truth of life. No matter what we do, no matter where we go, we can’t stop death. Some die young, some die old and sadly, some don’t even make it to their first birthday. Technological and medical advancements may have found us a lot of cures and prolonged our life expectancy but, in the end, death remains inevitable. Nothing can stop it.

Very few of us ever get to meet a famous person in real life; the majority sees celebrities only through the eye of the camera. And, even though we might never meet a celebrity personally, their work and actions can have a profound effect on the society. They win the hearts of the entire world with their great work and in the process, they become living legends.

As perfect and glamorous a celebrity might seem on TV, the truth is that just like us, they too get sick and pass away. United States of America has buried many national heroes in graves near me over the years; too many to count. But, there are some that we just cannot forget. Here is a rundown of final resting places of 7 legendary American icons;

The 16th President of the US and the person who lead this country through its toughest phase needs no introduction. He is buried in the Oak Ridge Cemetery in Springfield, Illinois

Known as “The King of Rock n’ Roll” or simply “The Kind”, Elvis Presley died of a prescription drug overdose in 1977. He is buried in the Mediation Ground Graceland, in Memphis Tennessee.

The first President of the United States and one of the Founding Father of the country, George Washington passed away in 1799. He, along with his wife, are buried at Mount Vernon, Virginia

Probably the greatest martial artist to ever come, Bruce Lee, died in 1973 due to overdose from a prescription drug. He is buried in Lake view Cemetery, Seattle, Washington. Right next to Bruce’s headstones Maryland is his son Brandon’s grave. Just like his father, Brandon grew up to be an actor. He passed away due to a movie stunt gone wrong.

Seen by many as USA’s greatest president ever, President John F. Kennedy was known for his bold and smart actions. He was assassinated in 1963 during a parade. He is buried in the Arlington National Cemetery in Arlington, Virginia. His grave is marked by a simple flat headstone and an eternal flame.

A country boy through and through, Frank Sinatra is still quite well known around the world for his timeless classics. Frank Sinatra was buried in Palm Springs, California along with a big bottle of Jack Daniels and a pack of Camel cigarettes. His headstone carries a famous line from one of his songs; “the best is yet to come.”

Apart from his iconic country music, Johnny Cash was equally famous for his very dark and serious clothing style. Johnny couldn’t stay away from his wife June Carter for too long and passed away just 4 months after her death. They are both buried in Hendersonville Memorial Gardens in Hendersonville, Tennessee.