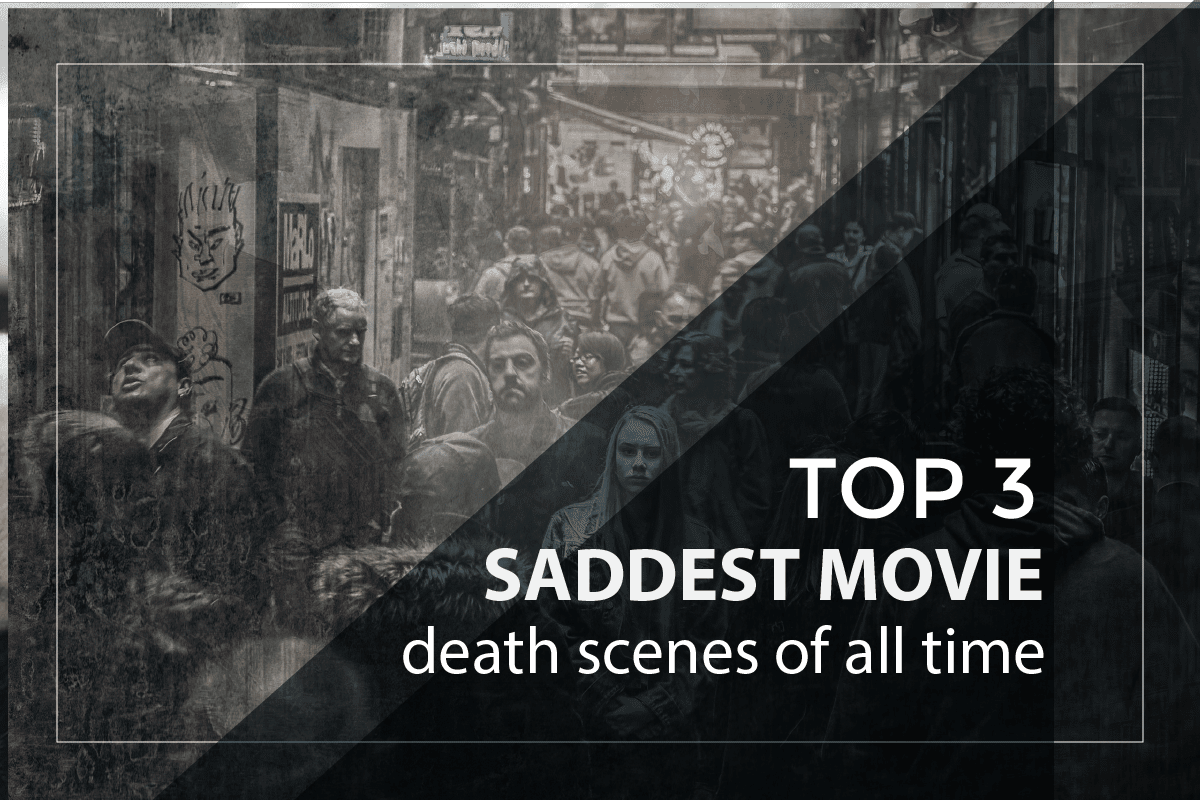 Believe it or not, but movies are a vital part of our lives today. Apart from just being a source of entertainment, they provide us a safe space to express our emotions. The characters on screen can sometimes fill up so much power in a scene that allows us to not only laugh like fools but cry like overtired babies.

For instance, movies that picture saddest and tragic death of a character tend to stick with us long after the credits roll. But let’s be honest, sadness is subjective. What one person can find tragic may not even cause a flicker of emotion in another. So, we scrolled through our favorite headstones for graves in Maryland blog and found this list of 3 saddest movie deaths that will break our heart without any fail.

#1: Jamie Sullivan, A Walk to Remember

This movie features Jamie Sullivan a high-school girl that is unfairly diagnosed with leukemia. Avoiding her relationship with Landon at first, she soon gave in to his charms. The story frames the ups and downs of this relationship, keeping the audience aware that Jamie wasn’t going to miraculously recover.

The story develops and Landon proposes Jamie, fulfilling one wishes she had on her list, and they both get married. The movie then wraps up in a beautiful narrative that briefly mentions the passing of Landon’s wife, introducing the audience to the amazing writing skills of Nicholas Sparks.

#2: Burno and Schmuel, The Boy in the Striped Pajamas

The movie develops on the story of two boys from the opposite sides of the fence, both literally and socially. Bruno’s character is played by Asa Butterfield, who is a young German boy with a high ranking Nazi officer father.

The story chronicles the strong bond of friendship that is developed between Bruno and Schmuel (Jack Scanlon), a young Jewish boy who is held in the concentration camp at the other side of the fence.

Neither of them understands the enormity of situations they find themselves in and the two become friends despite the social and literal barriers that are to keep them separated.

Bruno tries to help his friend find his father and sneaks into the camp, dressed in striped pajamas. Both of them are herded into a chamber and gassed, with Burno’s parents realizing what has happened is too late to save their son.

The picture wraps up with Bruno’s and Schmuel’s death scene that leaves the audience in tears.

There are very few films in cinematic history that have the kind of staying power and cultural importance as Forrest Gump. The movie pictures Tom Hanks as Forrest Gump, who is a slow-witted army officer. While the story pictures many deaths throughout the film, the hardest one for many of us to swallow was the death of Forrest’s friend Bubba Blue.

In the movie, Forrest and Bubba were platoon pals in basic training in the Vietnam War. While saving many soldiers, Forrest gushes through the thick canopy to find Bubba who is seriously wounded. Doing all he can, Forrest fails to save the life of his friend.